As published in Hotel Management Magazine 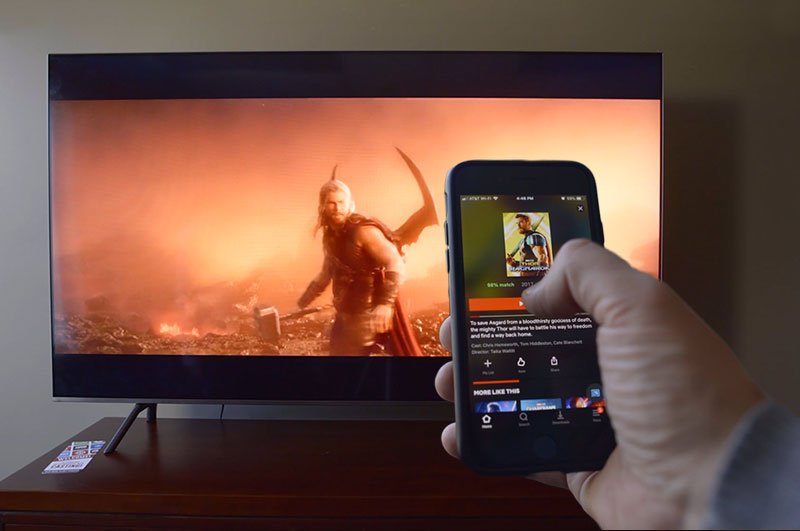 It’s no secret streaming has dramatically changed how people, especially younger generations, consume entertainment. In 2018, a larger percentage of households subscribed to a streaming service (69 percent) than to traditional TV (65 percent) for the first time, according to research from Deloitte Insights. As consumers shift to these services, they increasingly expect to be able to use them as they travel.

Right now, there are two main ways for hotel guests to watch streaming content on their in-room televisions: through apps on the TV or by casting from a personal device. Shane Pierce, VP of business development at Allbridge, leans toward casting being the easier of the two options.

“If you’re in a guestroom and you walk in and you want to watch Netflix, would you rather open up Netflix on your phone and hit the cast button or would you rather use the remote control and type in your username and password and spend the time typing in without a keyboard and then after that making sure that your credentials, which is your user name and password, are wiped out after you leave?” Pierce asked.

Comparing Casting With Other Options

Around the end of 2015, Hotel Internet Services began offering casting as an add-on for its set-top box. Trevor Dowswell, chief technology officer at the company, said it’s now been roughly a year since it last had a customer not use this option. Guest usage rates appear to justify this fast turnover. Just since December, Dowswell said Hotel Internet Services has seen the percentage of all checked-in guests using casting roughly double from 20 to 25 percent to now more than 40 percent.

Pierce said Allbridge is seeing an equal demand for streaming apps and casting. Early adopters of Netflix drove the initial demand for the apps at first, he said, but as people have begun using Chromecast and Apple TV at home, casting has become increasingly prevalent.

This personal experience stands in contrast to a report Hotel Internet Services published based on the responses of 565 guests and 207 hoteliers. When asked what features they would prefer on their guestroom televisions, 54 percent expressed interest in casting content from a personal device to the television. When asked to choose between casting content from their own device versus directly inputting login details into apps on the television, 82 percent of respondents opted for casting.

Weighing the Benefits of Apps Versus Casting

Robert Grosz, chief commercial officer at World Cinema, said he sees both the television apps and casting as important. Though casting is becoming an expectation, he said streaming apps give the hotel a better experience and more control.

One of casting’s key benefits, according to Pierce, is security. Since guests access all their content on their personal device, they never need to log in to an app on the television. In doing so, they take the burden of wiping that information off of the hotel.

Dowswell, however, sees little security risk in using television applications. So long as whoever designed them were professionals, he said, guests do not really need to be worried. Whether their fears are founded or not, the survey Hotel Internet Services conducted reported 65 percent of guests were highly concerned about inputting usernames and password into a television app and 30 percent were somewhat concerned.

Ultimately, Dowswell said streaming apps and casting’s positives and negatives come down to the user experience. Despite undercutting the potential security benefits of casting, he said it still was easier than using the television apps.

“If you’re anything like a lot of people I know, you might struggle with a password on a system that you log into once every few years,” Dowswell said. “I don’t necessarily keep all that stuff to hand. Especially if my wife set it up and then I’m like, ‘Wow, what’s my Netflix password.’ Now I have to call my wife, ‘Honey, did you change this recently?’”

As technology evolves, in-room entertainment and guest expectations are sure to evolve as well. How they will change remains to be seen though, said Pierce. Specifically, he pointed to the television companies currently releasing products with casting already built in. “If that works successfully, then that will basically eliminate the need for any hardware behind the television and I think casting will become even more prevalent.”

Philips Professional Display Solutions is one of those companies. It introduced its first Google Chromecast-enabled television at Integrated Systems Europe in February with plans to go to market in the United States in Q1 2020. With the service built into the TV, Anthony Tizzard, Philips Professional Display Solutions Pro TV business manager for Europe, the Middle East and Asia, said hotels do not need to turn to third-party providers to sell them the Chromecast dongle and then manage that solution for them, saving on operating costs.

Though Philips is one of the first on the scene with Chromecast-enabled televisions for hospitality, Tizzard does not see it necessarily becoming the norm in five years. His company’s ability to partner with Chromecast, he explained, worked because Philips uses an Android operating system. As he understands, those using Linux or a proprietary operating system will be limited from integrating Chromecast with their software.

When Grosz looks ahead, he doesn’t see casting replacing standard linear television or streaming apps any time soon. He predicts they will remain at the front of the guest experience for years to come with casting as an option. Still, he hopes guests won’t be typing in their login information on televisions for another five years. Though he said he had no personal knowledge of any companies pursuing this option, he said he suspects larger companies will allow guests to tie their streaming and loyalty accounts so that they no longer need to manually log in at every hotel.

Two years ago, Grosz said he thinks he would’ve predicted casting would become more important than the streaming apps. And though he sees them as both key today, he said he thinks that in another five years, the apps will be the “driving force behind in-room entertainment.”