Situated near Lake Tahoe and providing its guests with convenient access to an array of outdoor activities such as hiking and skiing, the Cedar House Sport Hotel is renowned for its ability to provide a positive connection to the natural world by encouraging an active lifestyle. Also catering to modern guest needs as a trendy hotel location, the Cedar Sport Hotel offers an array of appealing amenities that includes guestroom spa baths, electric car charging stations and free WiFi high-speed internet access. In meeting to today’s connectivity demands, the property further seeks to ensure that it is able to provide an in-room entertainment experience that mirrors the same functionality and quality guests find at home and now expect from hotels. 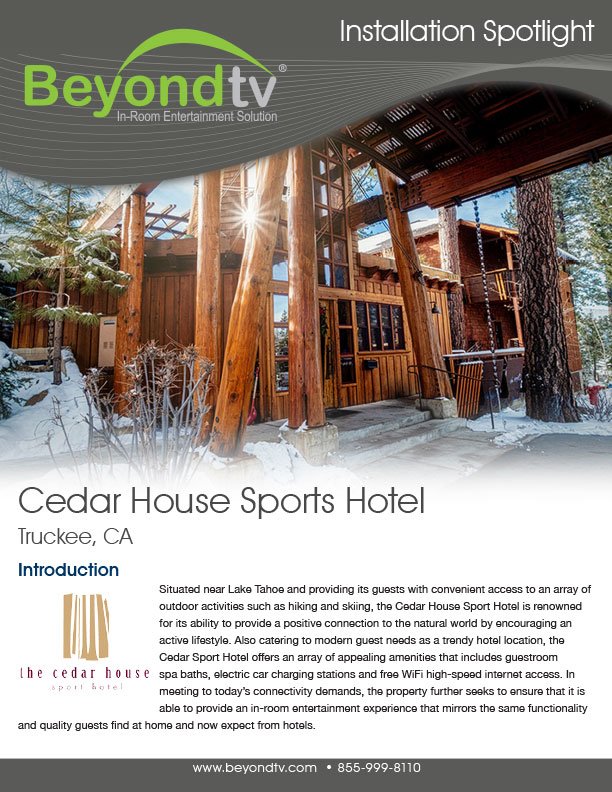 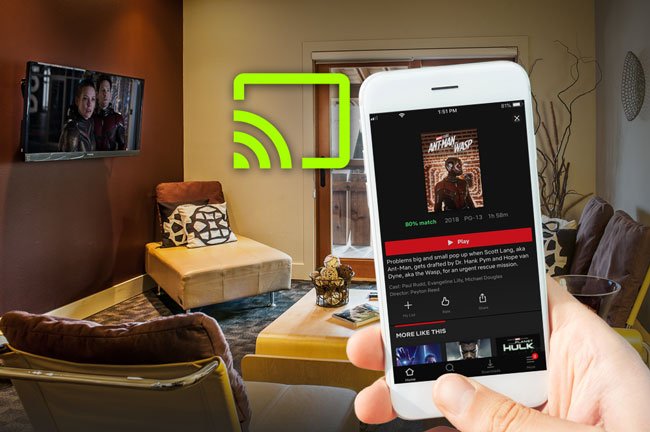 Previously providing guests with a video-on-demand service to address in-room entertainment needs, the Cedar House Sport Hotel ultimately decided to discontinue the service due to a lack of guest use. Like many other properties, hotel leadership realized that guests were instead using personal devices to view streamed subscription services such as Netflix® and Hulu®. Seeking to enhance guest experiences by providing access to such content on larger guestroom television screens, the property considered several alternative solutions that could reliably function within a hospitality setting. Initially considering the use of smart televisions, the hotel ultimately found such platforms to be problematic due to the lack of privacy controls and risk of guests forgetting to erase sensitive login information.

“Consumer entertainment technology is evolving so rapidly that we are fast approaching a time where guests will consider a hotel’s lack of content casting abilities to be a considerable negative factor versus finding the availability of such functionality to be a pleasant surprise,” said Patty Baird, Owner and Director of the Cedar House Sport Hotel. “Since implementing BeyondTV GuestCast, we have barely encountered any in-room entertainment issues as the platform mirrors the quality and ease-of-use that guests are accustomed to when at home, yet is straightforward for us to setup and manage thanks to its ability to operate on virtually any television model or internet network. Our decision to implement BeyondTV GuestCast is also due to the solution offering the option of adding subsequent guest convenience enhancing features and services should the need later arise.”

Demonstrating hotel leadership’s belief in the rising demand for casting functionality is the analytical feedback that approximately half of the property’s guestrooms were already utilizing GuestCast within the first week of implementation. With BeyondTV GuestCast®, Cedar House Sport Hotel can further ensure that such casting needs are never interrupted thanks to the ability to monitor system health while being backed by 24/7 support from Hotel Internet Services.

Get Your FREE BeyondTV Demo Today! 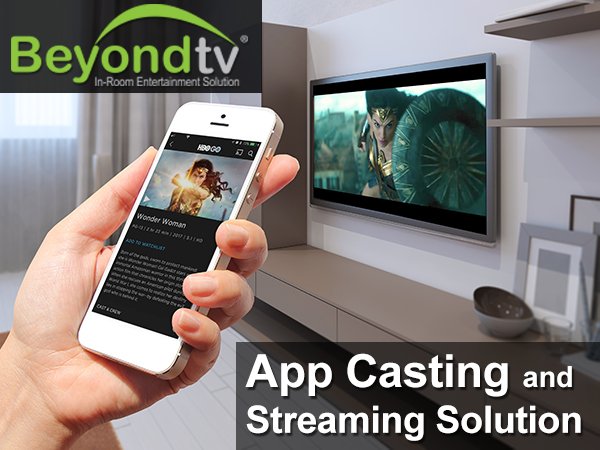